The headline grabbing spec about the Lumia 1020 is the camera and its 41Mpix resolution. A couple of photos to show what that means in reality:

All photos open full size in Flickr if you are interested to see more of the detail. 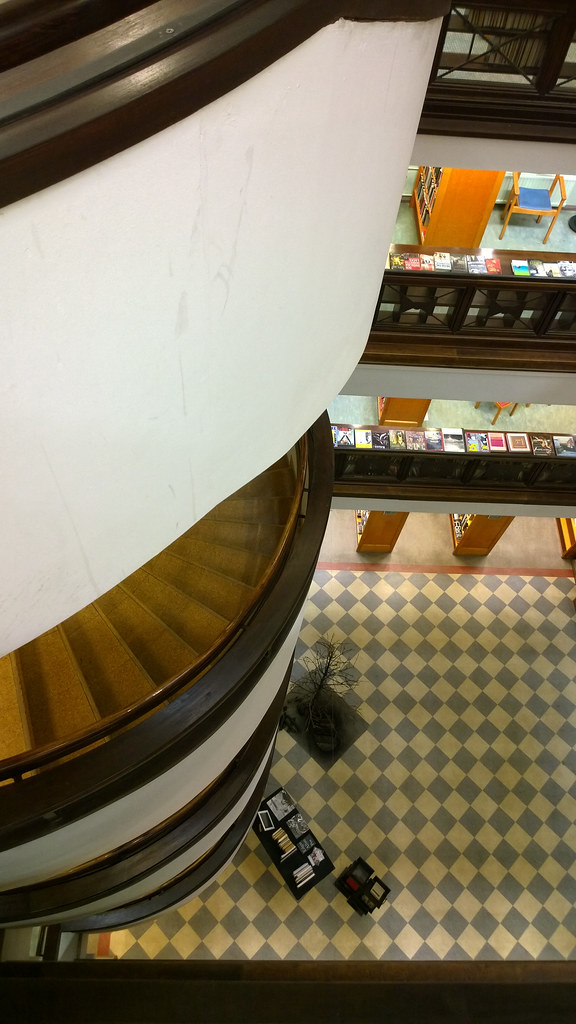 This photo is at full resolution. Taken in dimly lit library in Helsinki. 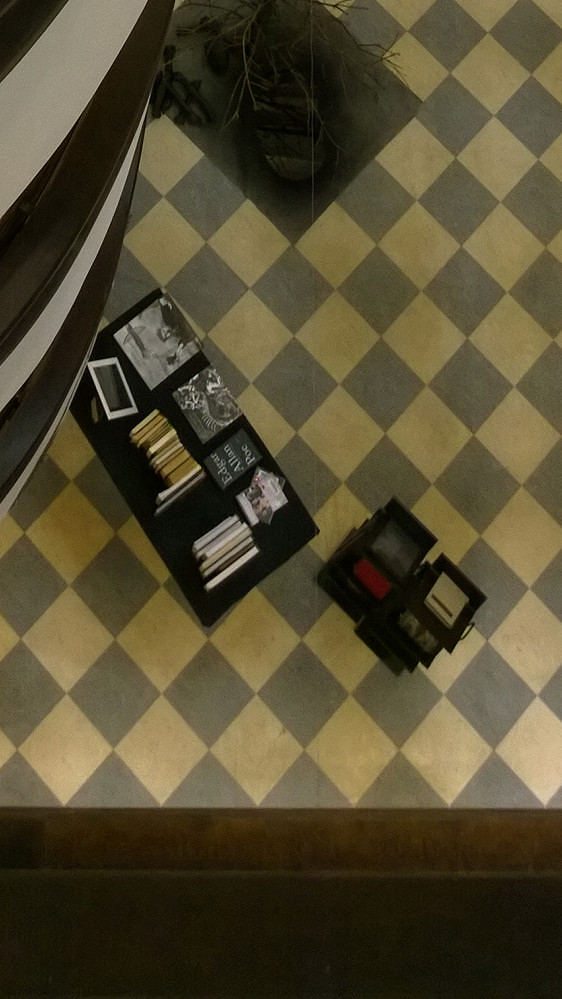 Direct crop from the photo. You can actually read that the book is by Edgar Allen Poe. And generally speaking the corner is not where the best resolution of lens is. Slight noise in the photo which is less than I expected. Indoors without a flash and a small sensor compared to a DSLR. 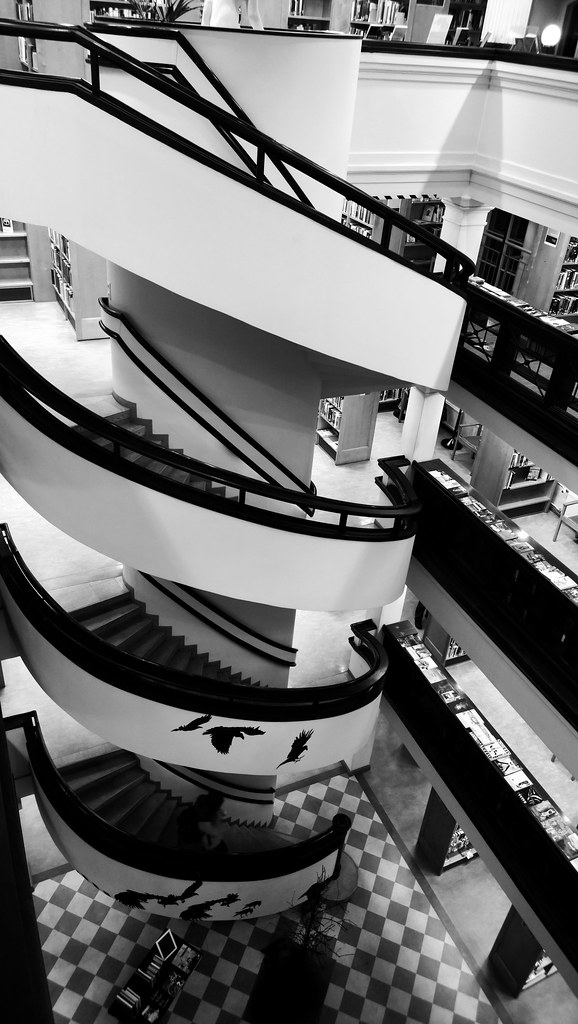 I love staircases so here is an example of the library staircase in monochrome.

Another example of the resolution. This is the full size photo of an iPhone. 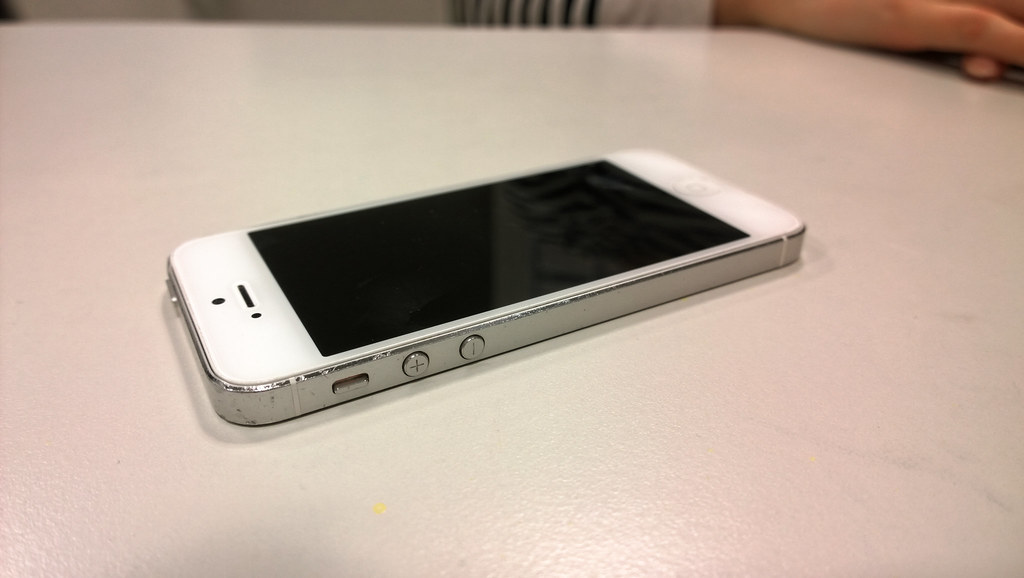 A crop from the same frame. I did not realize how jagged the edges on the phone were before this.. 😀 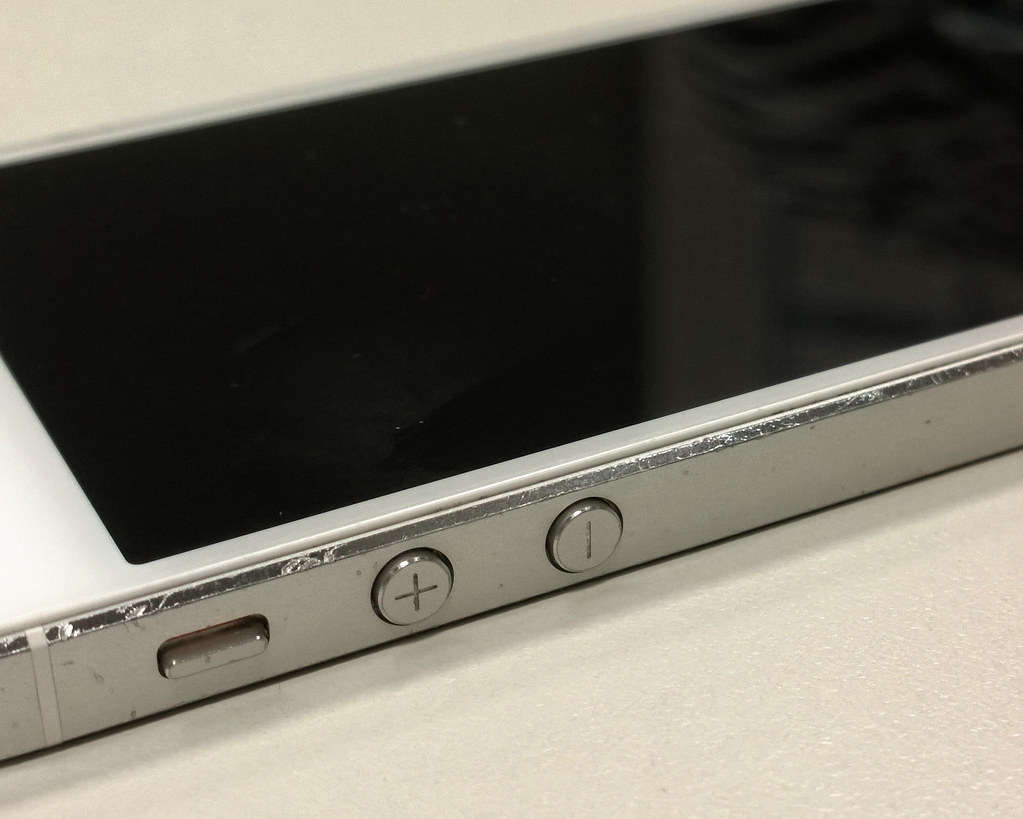 In part three there will be more photos taken with the lumia and my summary of the phone. Verticality by Jere Ketola on 500px

Ah, the Finnish forests in winter. When there is snow, there is also light, and beauty to my eyes. Stairway into the void.

Been a while since I have used my old Nikon D70. Looking at some of the photos taken with it I sometimes wonder whats the problem with old technology? This photo is taken with an obsolete over a decade old digital camera. STill good enough to do a A3 sized print from and looks good to me?

I had the chance to go out and photograph a small cycling race taking place in my hometown on saturday. As I usually photograph everything else than sports I felt it was a good thing to partake in and also a means to get to practise my technique shooting fast movement etc.

The race was a downhill race with 15 participants. Three different stages which were all driven twice. The winner was the one who had the fastest overall time of the day.

The weather was extra cold with a strong wind especially closer to the top of the hill. For the cyclers there was always the part of hiking back up the hill with their bikes so they were warm for most of the day. But standing on the side taking photos meant I had to dress properly. Lot of wool was the best way to counter this along with a skiing jacket meant for much colder weather. It worked as I hoped and I was at no point in the day really cold. Although I admit to going out to get hot chocolate at one point in the race.

All in all the race took a bit over three hours and the spirit was real great. A couple of bad falls were had on the day, a hurt wrist on one guy and bikes getting a bit of a tumble as well. But all in all a good day.