As promised here is the second and final part of the Restaurantday photos. 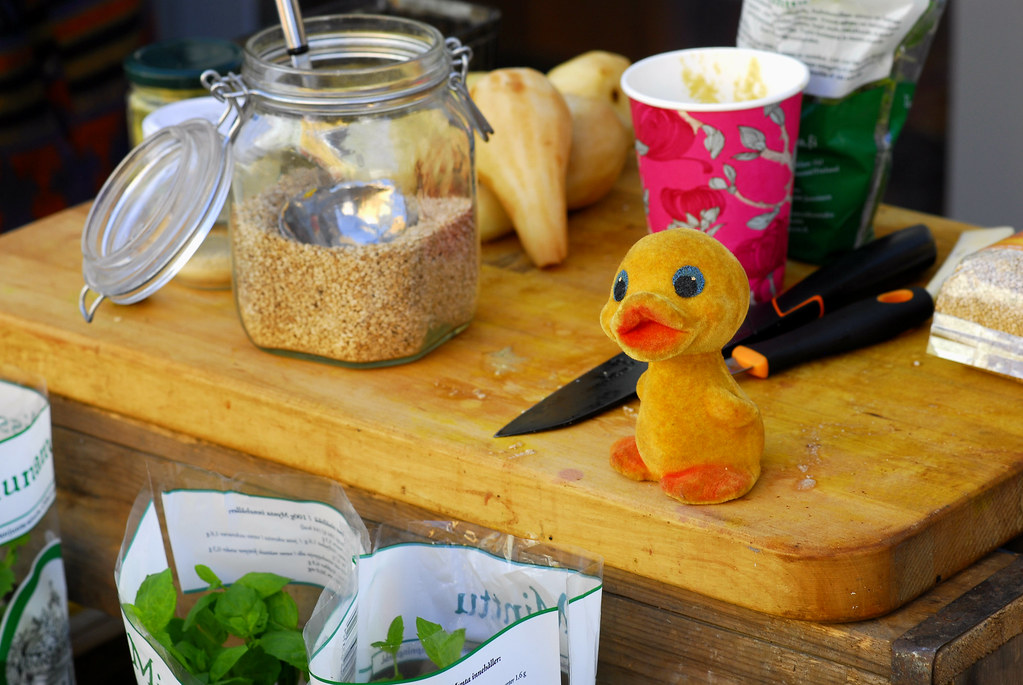 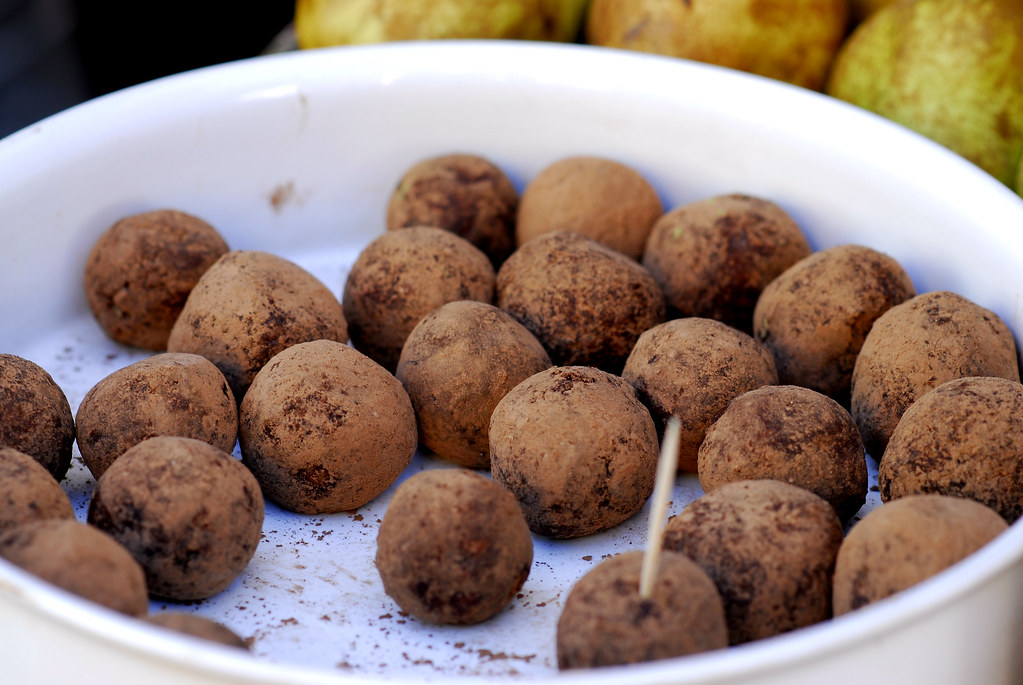 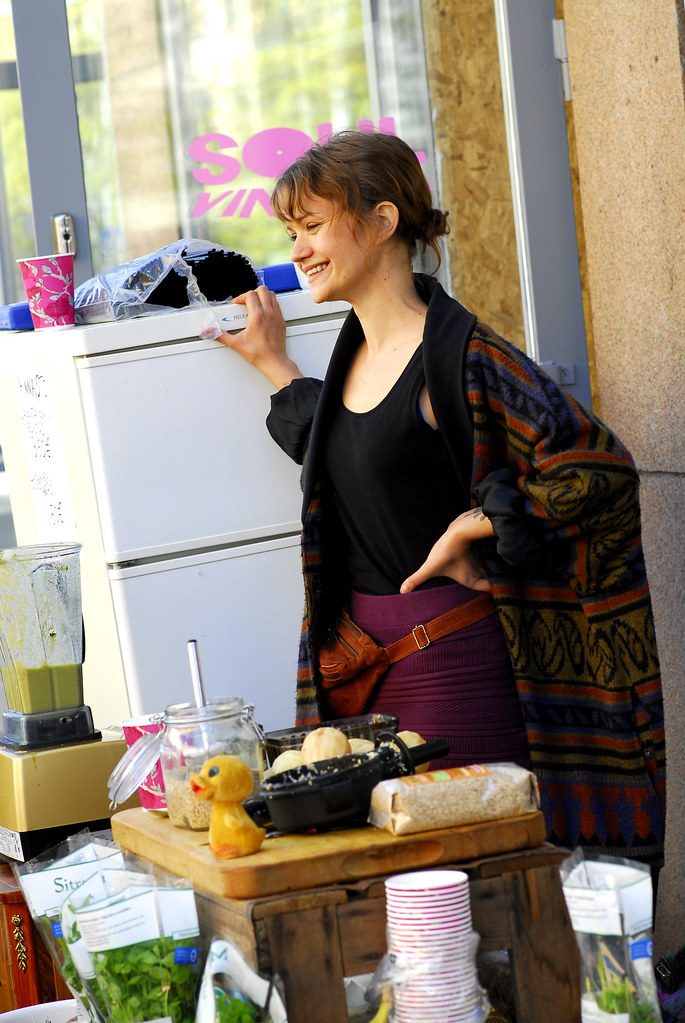 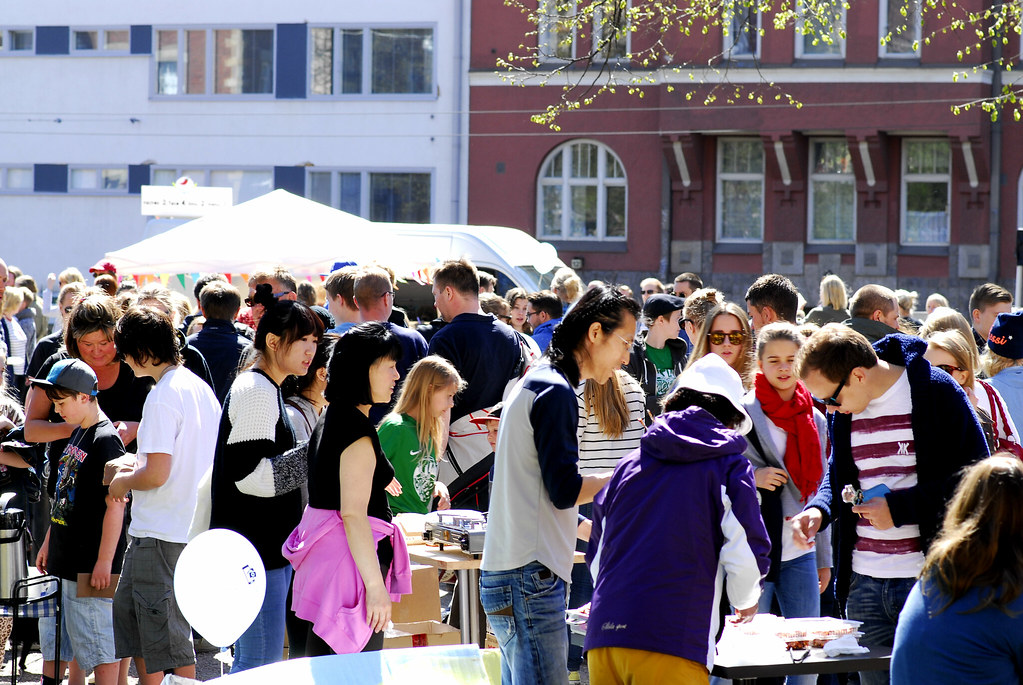 Lot of people around in the Kallio district of Helsinki. 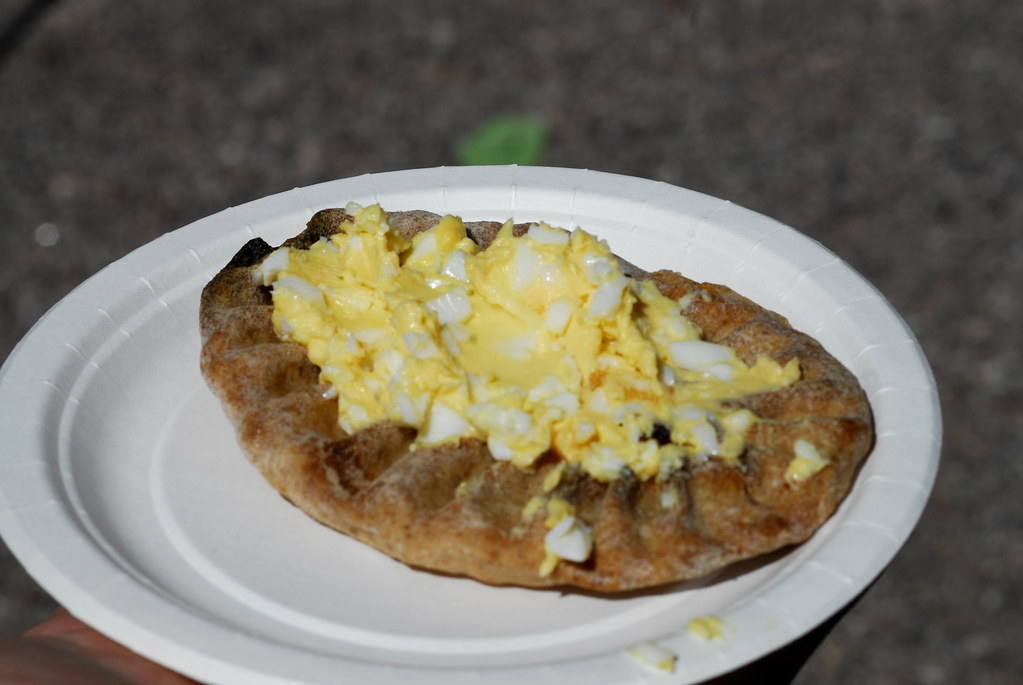 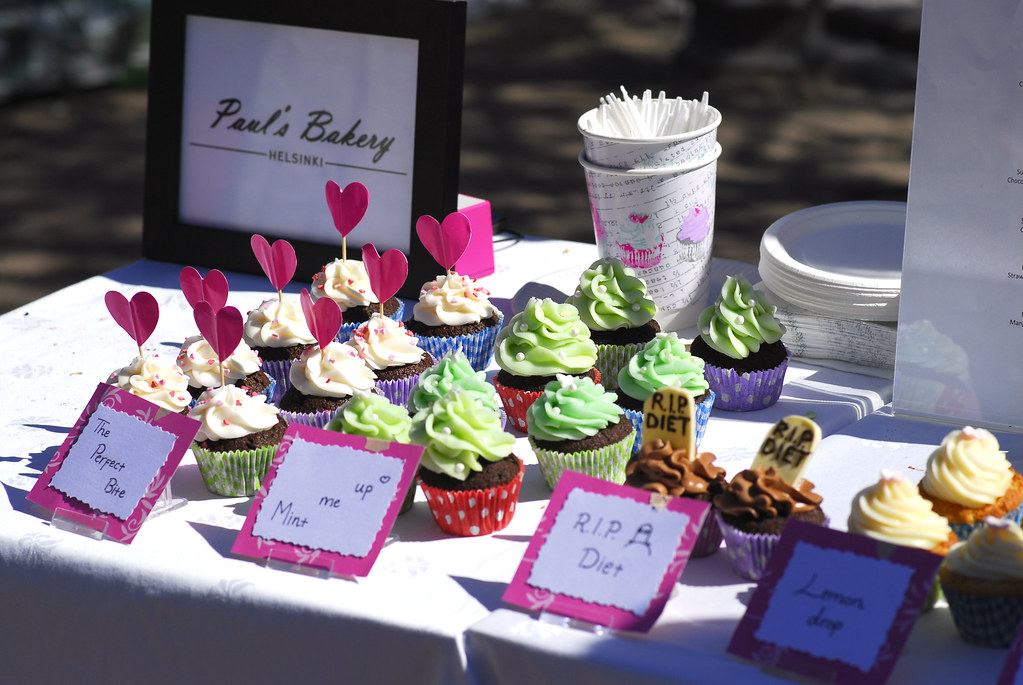 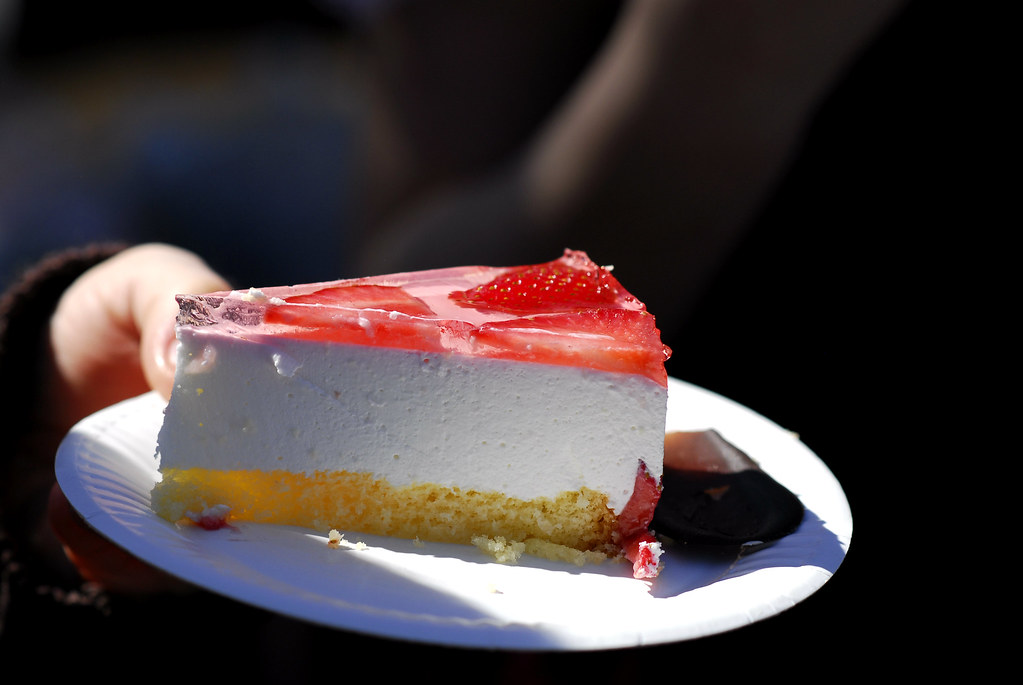 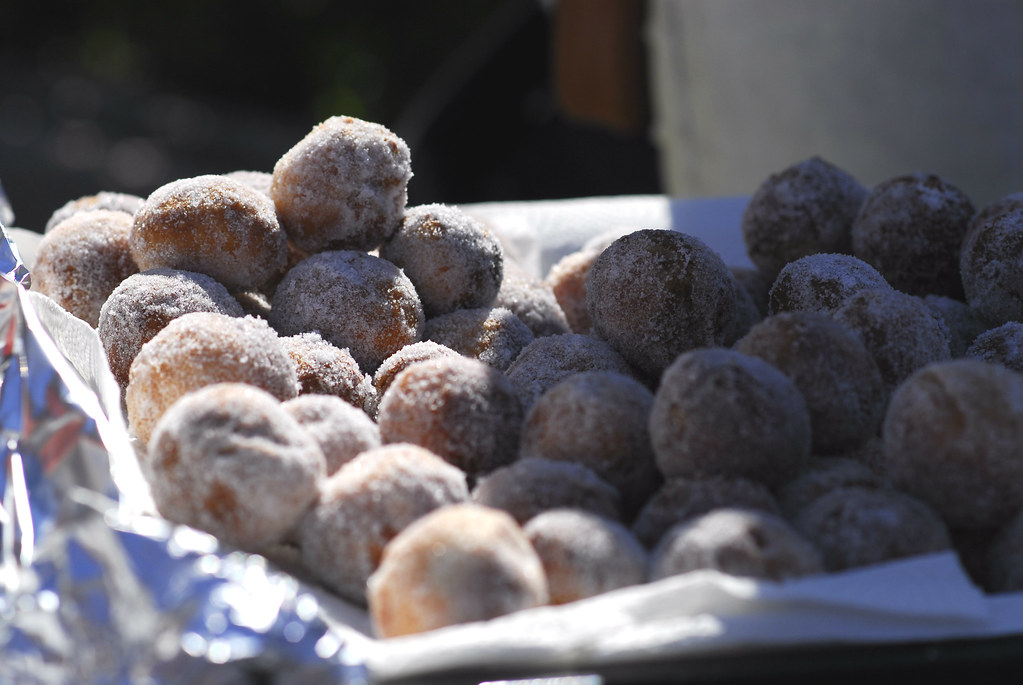 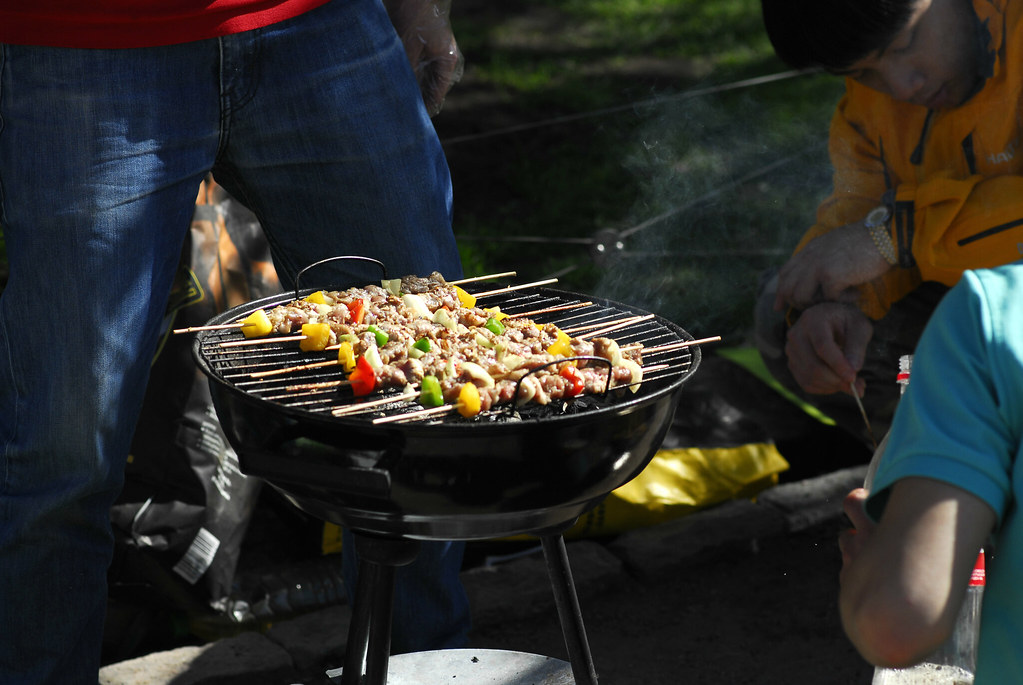 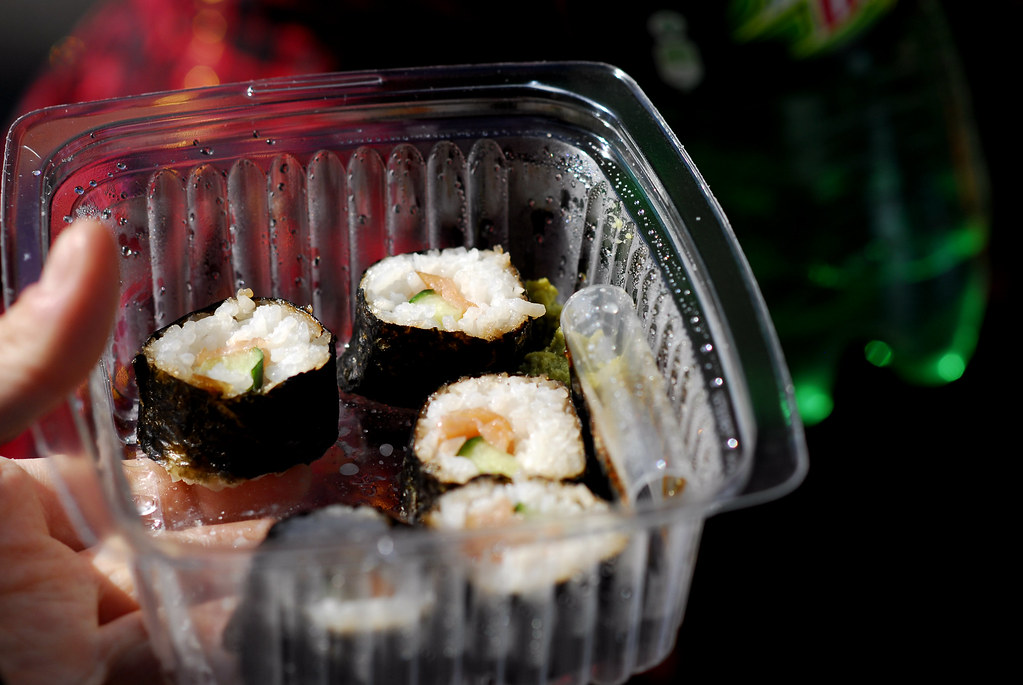 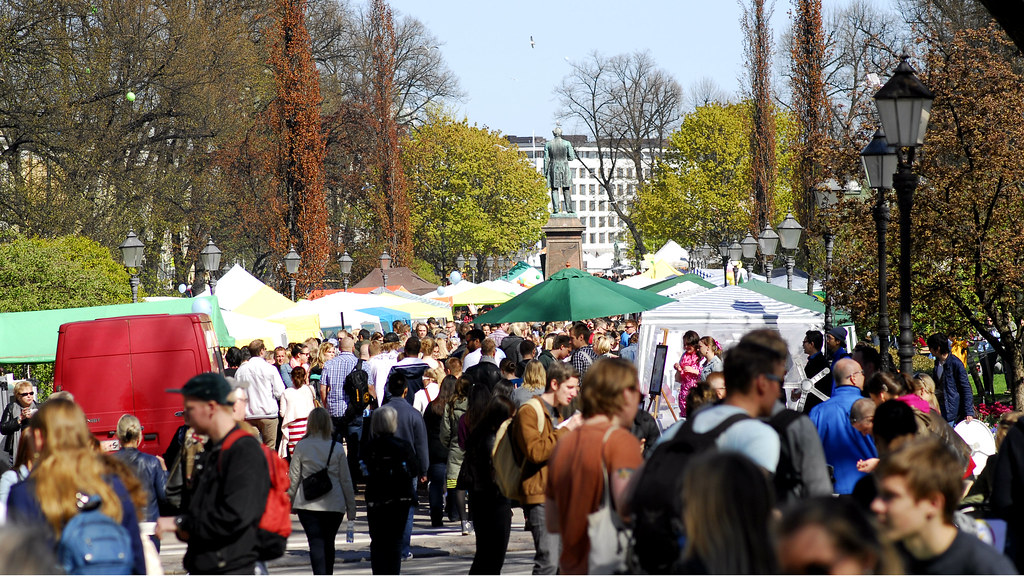 Eagerly waiting for the next restaurantday. 🙂 One of these times I will be doing my own restaurant. But still the craving to be about and see what others are up-to has been too strong to resist.

Another weekend of food and festivities. Another splendid Restaurantday. 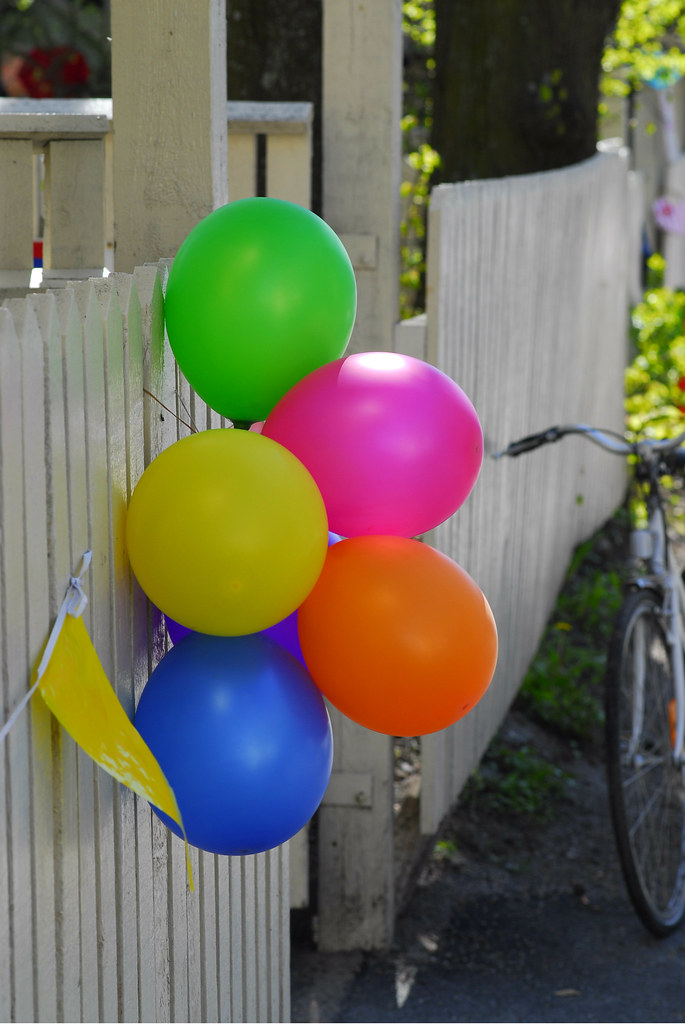 Beginning in the beautiful old wood-house quarter of Vallila. 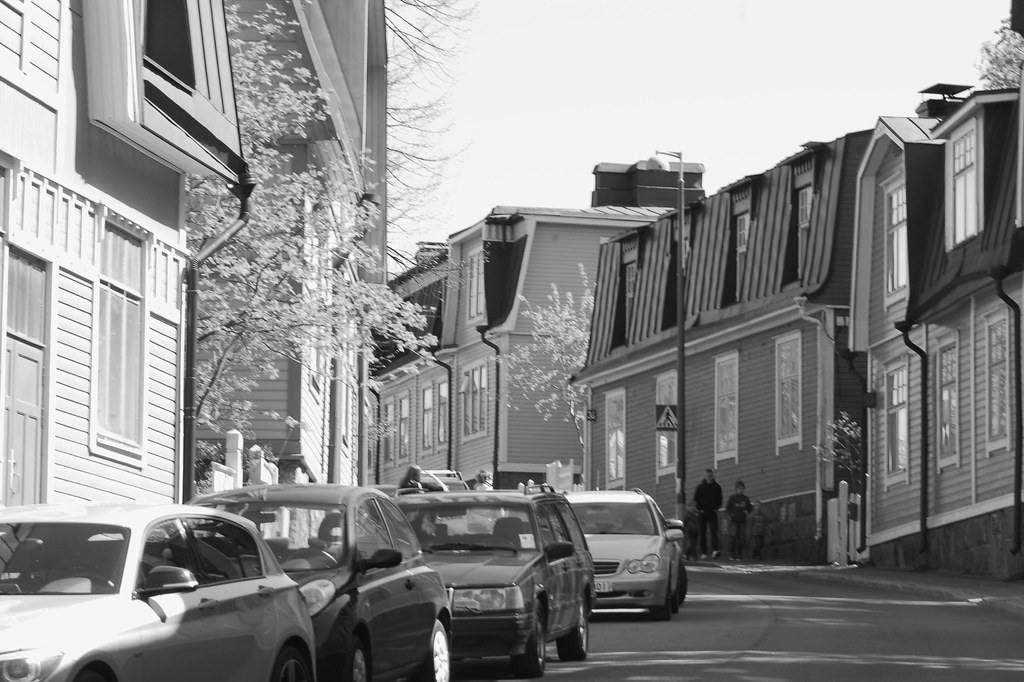 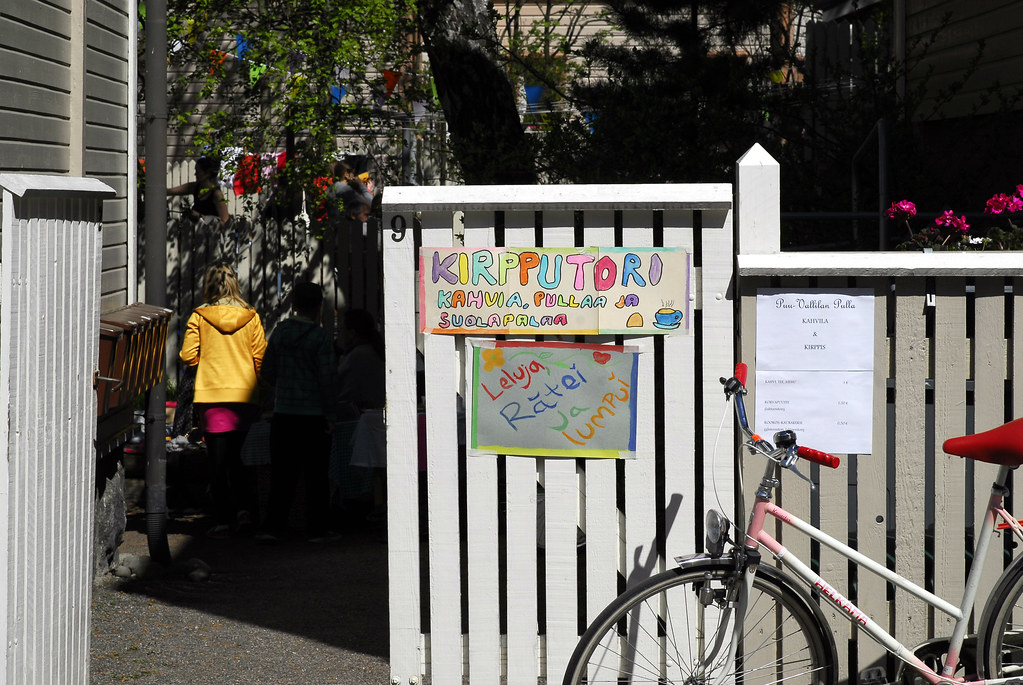 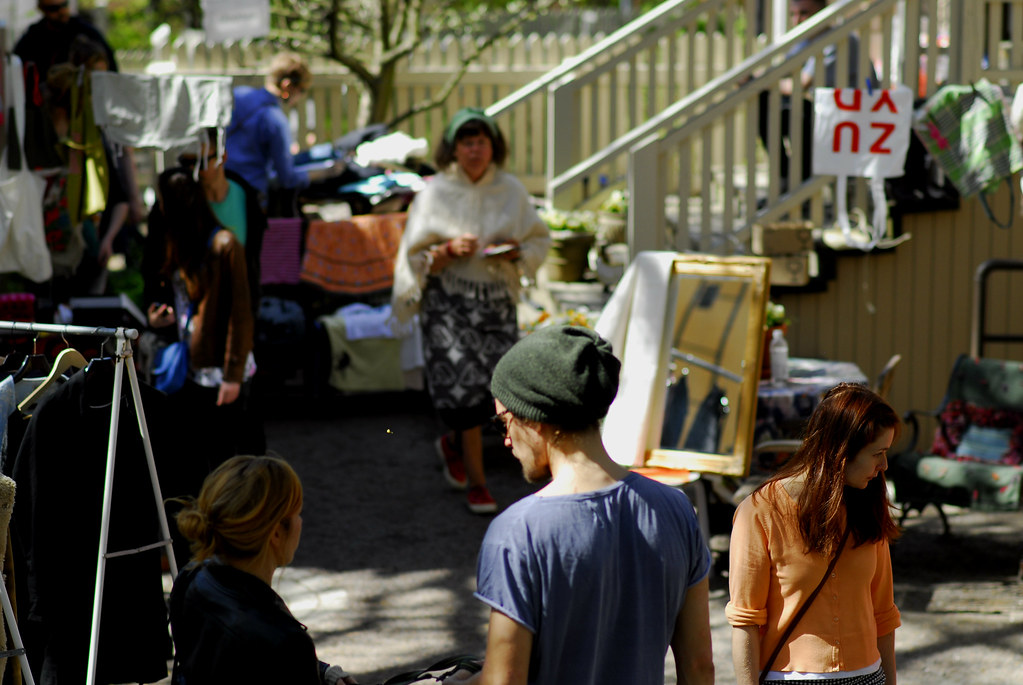 A lot of people around, eating, trading stuff and generally mingling about. 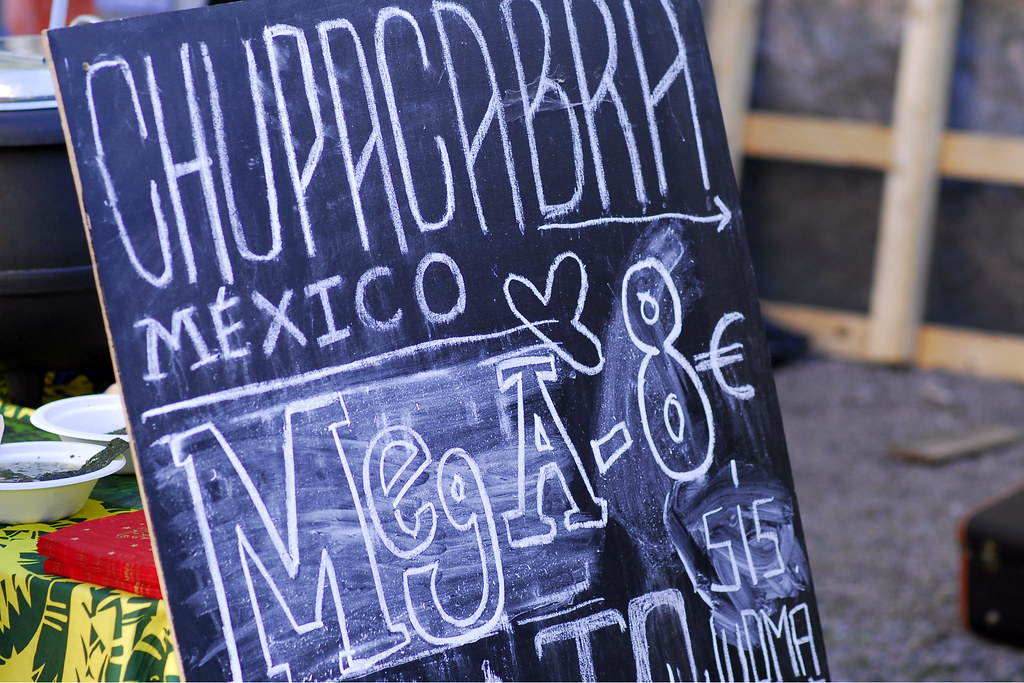 Tortillas and soup. The gentleman making the food below, was gathering money to wed his fiance. Naturally had to contribute.  🙂 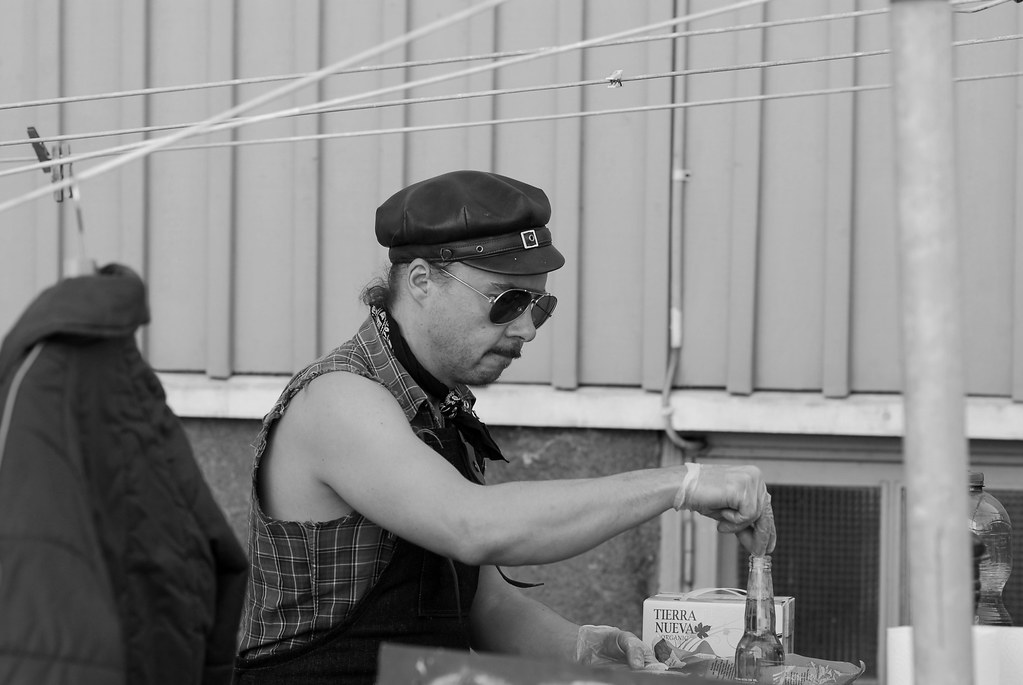 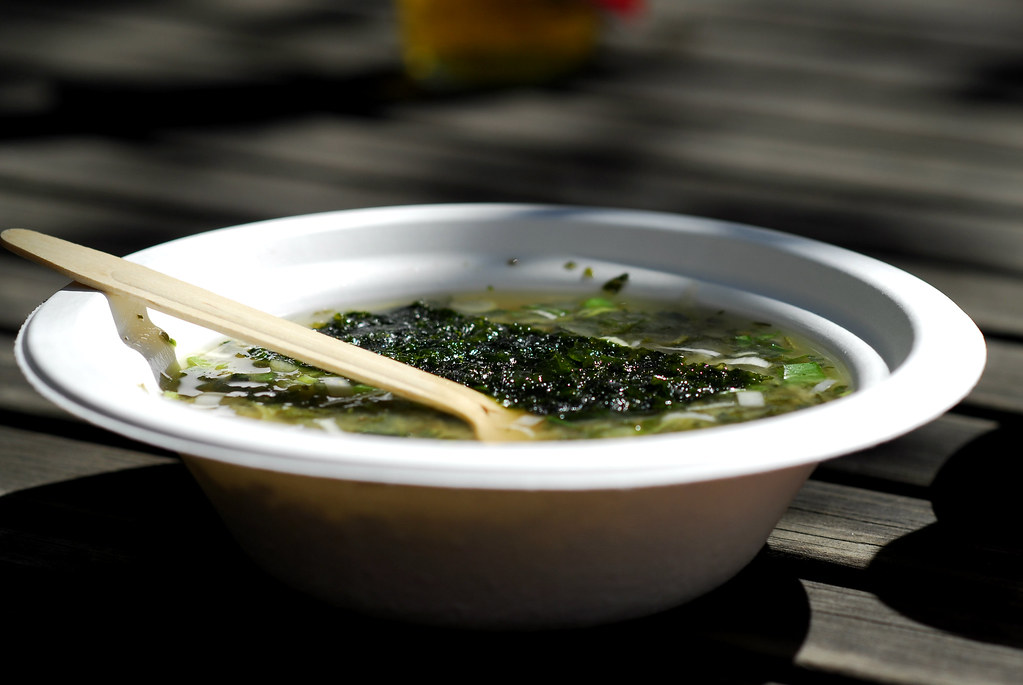 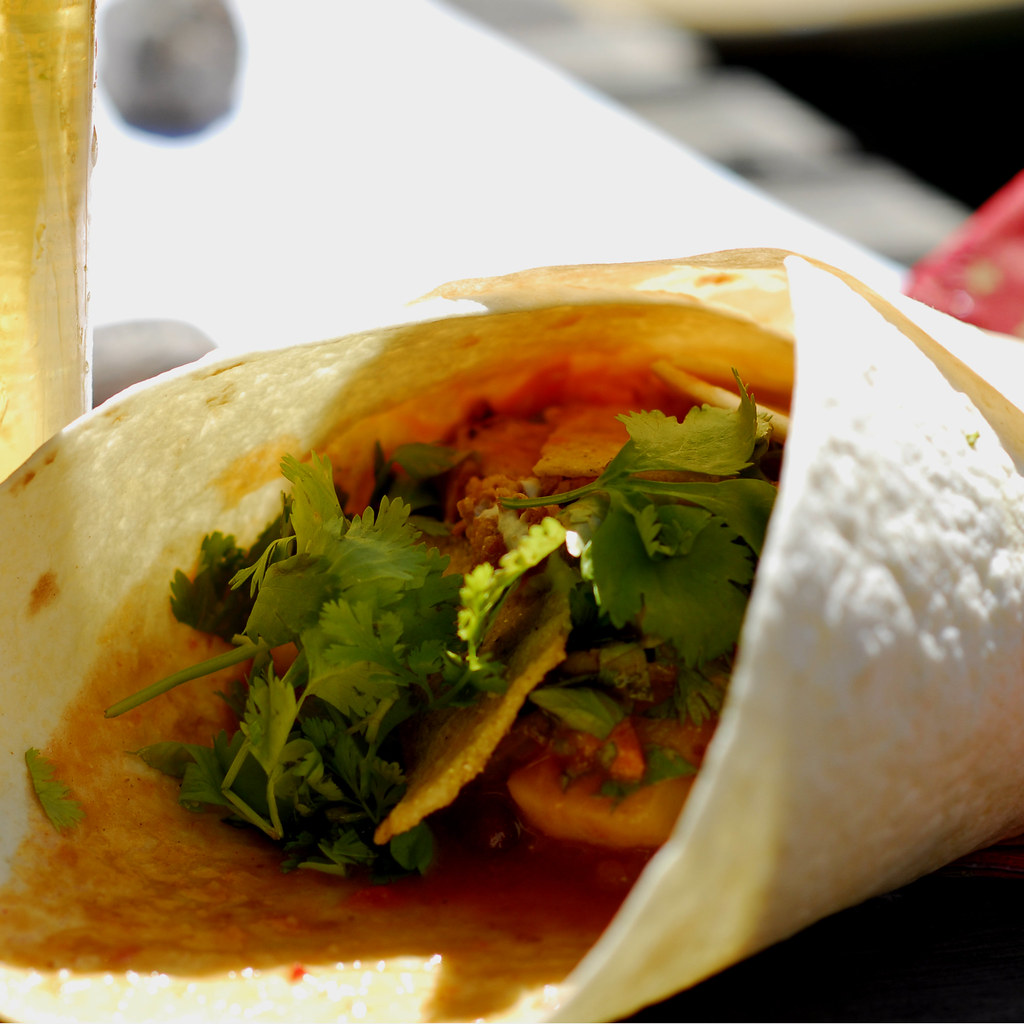 And the tortilla was excellent as well. Just spicy enough to suit a Finns taste. 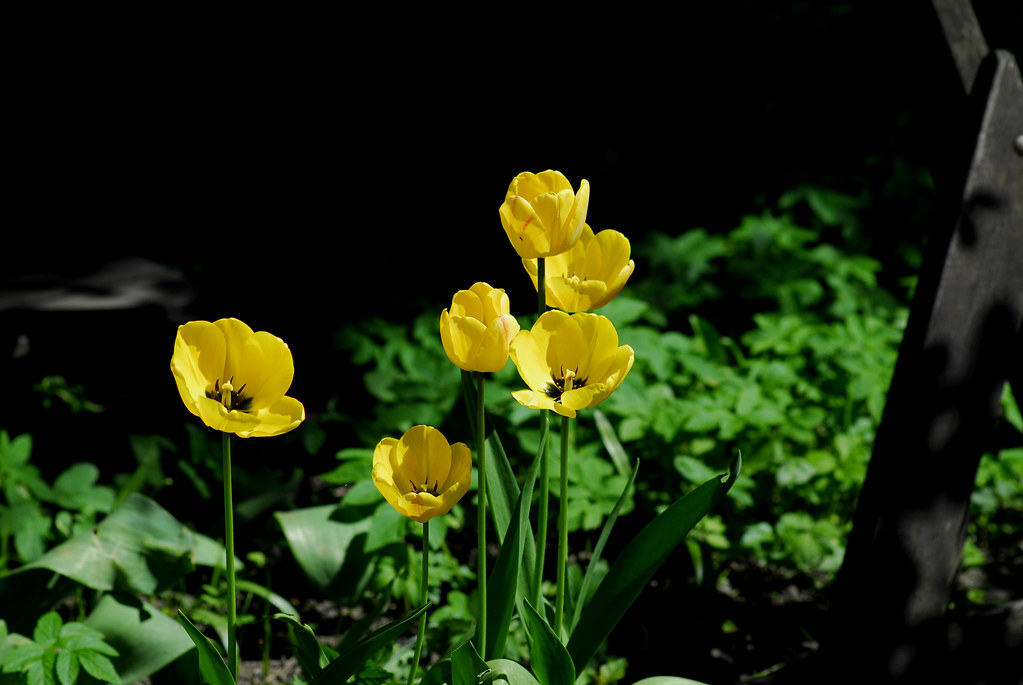 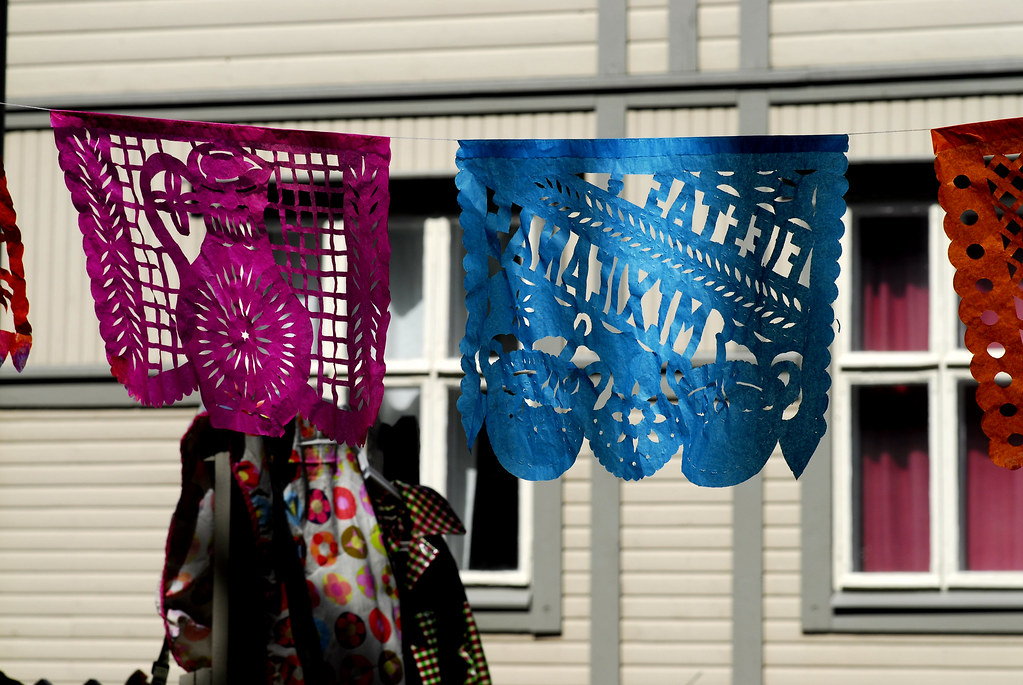 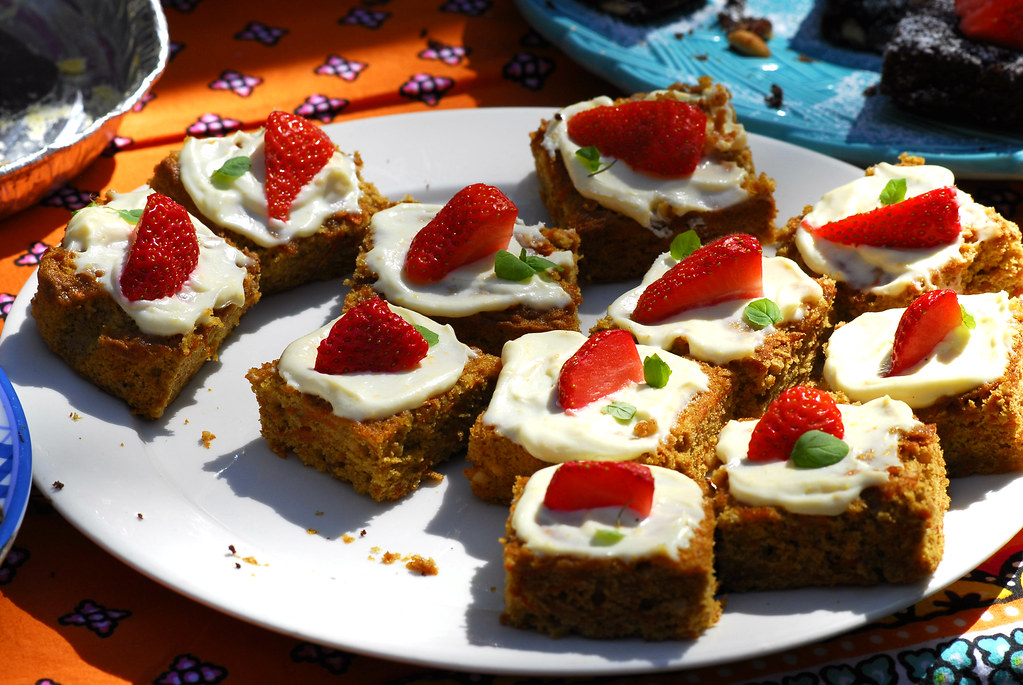 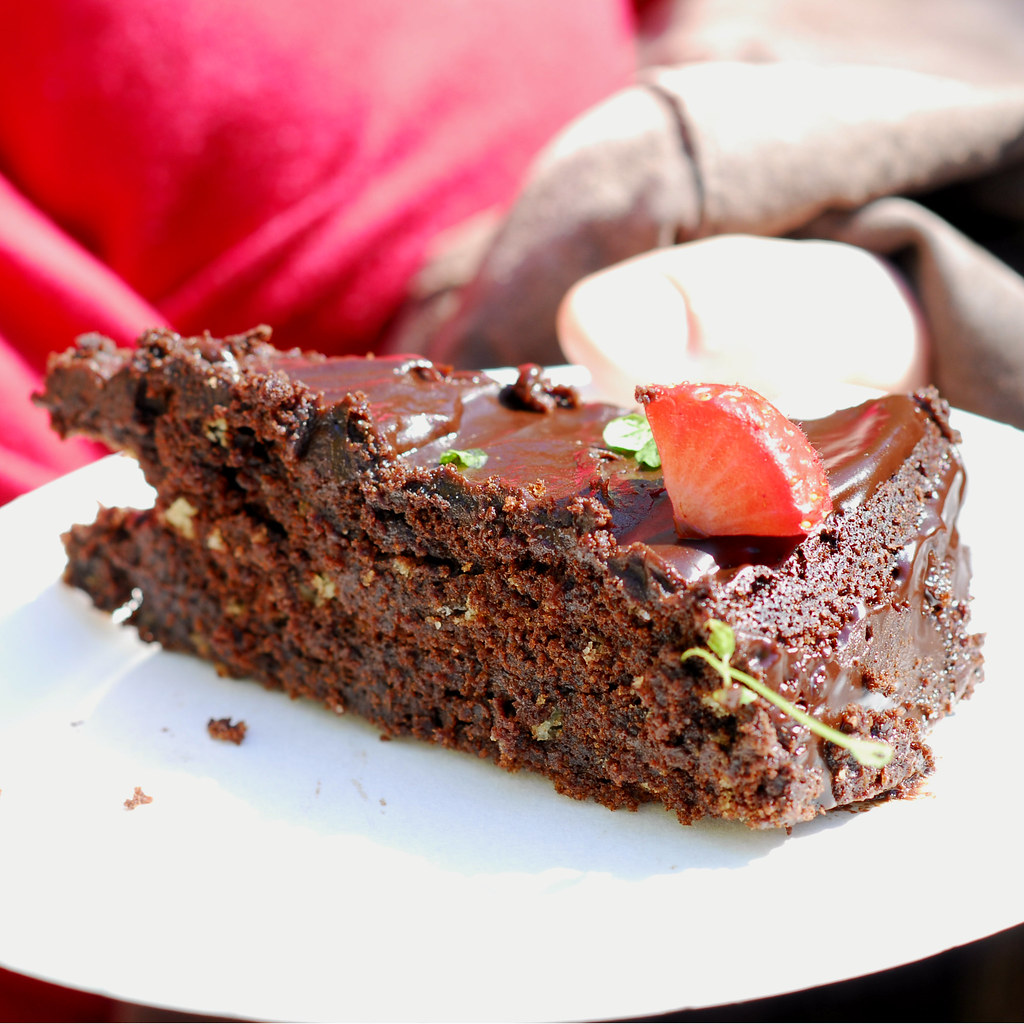 A second set of photos to come..

So, Restaurantday was again. 🙂 The food festival is still going strong in Finland and more and more gaining new ground in other countries such as Japan, Denmark, Russia etc. Great to hear. Compared to last winters restaurantday the weather this February 16th was totally different. Last year the temperature was quite cold with a proper winter and snow. This year however, there was at times a totally immersive fog. Later on in the day it was also raining. Still a great day with some nice treats. I approached the day a bit differently. Instead of a 50mm lens I took a more wide-angle lens and the photos are therefore more of the surroundings than the tighter details. OF course this also meant I was photographing the architecture and a bit of the scenery when possible.

As you can see from the above photo the fog was of course quite beautiful and gives the landmarks of the city a little bit of that extra something. The different “restaurants were as usual located all over the city so it was only natural to use the Restaurantday app to check out which places to visit and eat at this time.

Walking through Kruununhaka region on the way to African cuisine. THe building of the Bank of Finland. The statue, JV Snellman, one of the most important statesmen in our lands history and one of the persons who awoke the yearning for an independent state.

There is a bit of the more pompous architecture in Helsinki as well. Although such buildings are relatively rare as we Finns are not ones to build such monuments.

A small office in the heart of Kruununhaka, the first stop. The food was from Madagaskar and excellent. I was a bit suprised at the use of spices. But a great first stop. Did not get any useable photos of the food inside, so you will just have to take my word for it 🙂

Not so much snow in the city.

Two different pop-up restaurants on this side street. Indian cuisine inside a yoga school. Great small treats, I tasted a nice dessert which was sweet, not spicy for once(I have a long history of eating Indian cuisine and getting suprised by the inclusion of spices in places one would not expect).

The second restaurant was selling raw cakes (you know, the ones which are all the rage with vegetarians). The cakes looked nice,the prices however were way too high for the spirit of the festival. The other day I read from the newspaper that the restaurant will be starting in the same place for real and this was a test run. No wonder the prices were so high..

Onwards and to Esplanadi park.

Here the resturants were under the skies or in tents and there was also rather more bustling and people enjoying food.

Also tourists mingling with the locals.

There was even lines in some of the booths.

Great Thai chicken at a nice price. Of course I had to take a bite 🙂

African Mama wings had also chicken wings with a bit of spice. Excellent!

People in the fog.

As a last place to visit on restaurant day it seemed natural to search for sweets.

Near the largest movie theater complex of Helsinki there was a promising place featuring chocolates and sweets.

Finnish and German assorted chocolates as well as home made chocolates to buy per the 100g.

The place was called Goethe and the had also made these cookie cakes with their name on them.

There was also a chocolate fondue which you could dip pieces of fruit and marshmellows.

The taste was also good and was a fun ending to a very pleasant day.

Restaurant day is definately a great addition to city culture and a great way for people to socialize and have fun together. Info and future dates and cities can be found at Restaurant Day

Highly recommended for either taking part as a restaurant keeper or as a enjoyer of different tastes.

Chili con carne in a street boutique with hot chocolate spiced up with chili? Whats not to like in freezing weather to warm things up a bit..

Extra chili for those in need of more kick.

Hot and tasty. After this and the Hot Chili chocolate my mouth burned for a time.

Not especially a northern fruit but a fun idea.

Fresh pineapple with mascarpone cheese. Tasted great with the flavor of the fruit giving a contrast to the mild cheese.

These homemade lollipops were a mobile spark of tasty.

Another small stand to sell specialties.

For a couple years there has been a city culture event in Helsinki by the name of Restaurant Day. Finland has ultra strict regulations on how food in restaurants must be prepared (hygiene etc) and also relatively high cost of rent and high taxes along with expensive labor. As such restaurants can be expensive to visit and expensive to run.

The idea of Restaurant Day is simple. For one day, 4 times a year everyone can make their favorite foods/ drinks /dessert and make a pop up restaurant at home or on the sidewalk or in a park. Choice is yours.

Location and name of the restaurant as well as the main idea is given before hand to the event coordinators who pro-bono help and provide a map with the locations of different places.

Last weekend was restaurant day and there were tons of different places to visit and different delicasies to taste.

Restaurant Day has boomed into a international event happening simultaneously in different countires and cities/towns. IT was also great to see how international the day was here in Helsinki as well.

Chinese dessert of tomatoes dipped in sweets was something I had never tasted before. Interesting and quite tasty.

Another fun spot was two girls who had come from St Petersburg to visit and give a taste of local cuisine.

Teddybear had also come from neighbouring Russia to visit.

All places seemed to draw small crowds which was excellent. The nice winter weather was also a plus.